We Are the Change That We Seek

Community development is one of the most productive ways to improve people’s lives within a community. The only way that a community can achieve its desired future is through good leadership. Many people define a good leader as a person who possesses good leadership skills and qualities such as integrity, communication skills, ability to delegate, self-awareness among others. These qualities are a combination of personal characteristics which can be learned or derived from a moral foundation.

In the past, women’s leadership was uncommon due to socio-economic and cultural constraints. However, times are changing. Women today are playing a vital role in community affairs, particularly in contributing to community security, development, and progress. The number of women assuming leadership roles has grown dramatically. More women are needed in high‐level positions to better assess leadership and women empowerment.

Charlynne Jepkosgei boasts of embracing leadership. She first exercised her leadership skills in university where she was a democratically elected female student leader.  Coming from a humble background and being the firstborn in her family, joining university was by the grace of God. It was not easy for her to settle and manage the city lifestyle for the first time. Sometimes she had to figure out ways to raise money to cater to her basic needs including transport to and from school. She sometimes skipped meals and commuted from Kahawa to CBD where she had rented to attend her classes. She enrolled in marketing companies while studying and had to strike a balance between school and work. These challenges shaped her character and skills and brought out her potentiality in leadership positions.

She has a Bachelor’s degree in Geospatial Engineering specializing in Remote Sensing and Geographical Information Systems (GIS) on Data capture, Analysis, and Research. She has exhibited leadership roles as a Chairperson, Association of Engineering Students (TUK 2013-2014 Academic Year), Gender Affairs Secretary Students Association of Technical University of Kenya (2014/2015), and the first female Deputy President of the Students Association of TUK (2015/2016). She is currently running a foundation called the Rift Foundation whose main objectives are mentorship, charity projects, and climate change awareness. She was also part of a CBO of Nandi Students Organization in her home county, Nandi, where they run several projects including mentorship, sanitary towel distribution to marginalized schools as well as reproductive health conversations such as early teenage pregnancies. 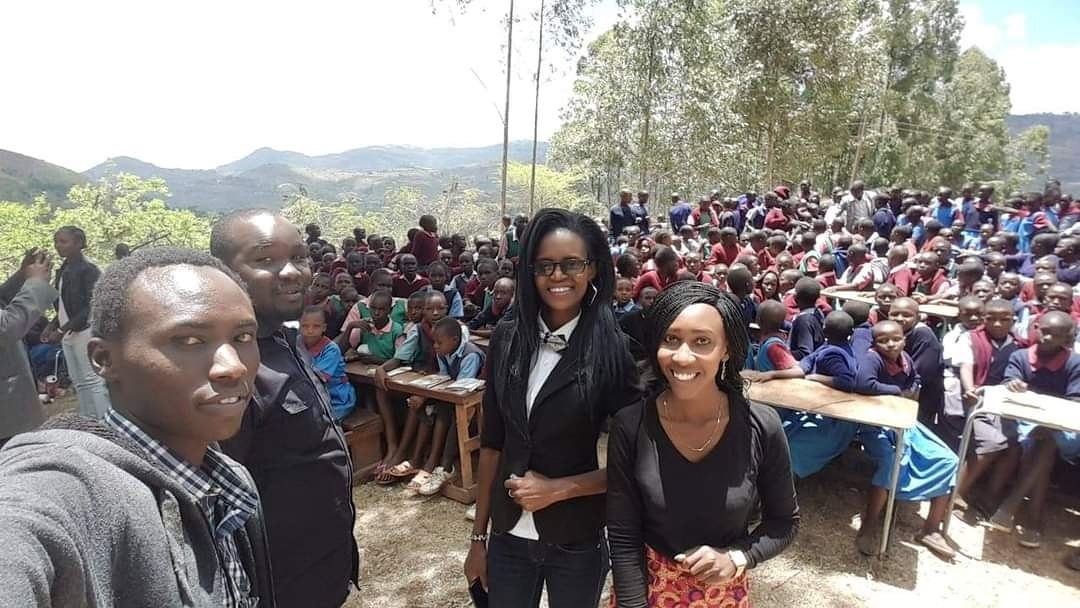 She has worked with different organizations such as Rotary, Women in GIS, Geospatial Advocacy Community in Nairobi, where she volunteers to organize and facilitate the monthly forums on various topics. Together with her team, she approaches presenters from different fields and then mobilizes the public to attend forums to discuss topics such as the environment, water resources, tourism ecosystem, and climate change among others.

For her, leadership has been an interesting, challenging, and informative journey, and she has always believed in Mahatma Gandhi’s words, ‘Be the change you wish to see in the world.’ She wants to use her gift of intelligence, charisma, and serial optimism to cultivate the self-worth of youths and make a significant difference in the world. Her advice to the youth is, “Change will not come if we wait for some other person or some other time. We are the ones we’ve been waiting for. We are the change that we seek.”